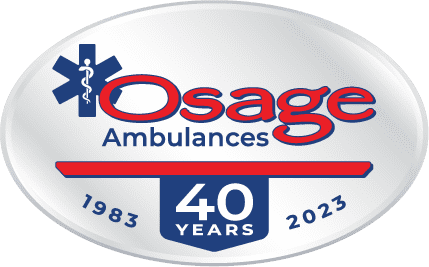 Our company wide commitment is to make the best use of all of our resources to produce the best value custom ambulances in a customer driven market.

History of Osage as an Ambulance Manufacturer

Every step of the way, Osage Industries has fought to be a quality supplier of vehicles and committed to a top level of customer satisfaction. We have expanded our services and products from the beginning and endeavored to be an innovative and reliable ambulance manufacturer.

1985: Osage expanded its offerings, adding ambulances to the product line.

1987: The company was sold and more emphasis was placed on developing and nurturing the ambulance division. Additional distributors and dealers were added to help strengthen and develop Osage’s reach across the country. 1992: Expansions as an ambulance manufacturer continued and new Osage models were introduced for sale. In June of 1992, the company was sold to the five present owners who are employed and involved in the daily operation of Osage Industries today.

2001: The personal use conversion van product was dropped due to declining demand. New ambulances and ambulance remounts have been the exclusive product offerings by Osage as an ambulance manufacturer since that time.

2012: Ambulances are sold through a network of knowledgeable and hard-working distributors and dealers in 35 states. Sales of all products in 2012 was 248 units. 2013: Employing over 85 people, Osage is one of the largest employers in the Osage county of Missouri. Strong supporters of giving back, these people pledged $25,830 to this year’s United Way Campaign with 98% participation. The company added a corporate pledge of $20,000 for a total of $45,830 to support the many needs of people in our community. We have a facility that is more than 70,000 square feet in size, which gives us the capability to produce around 240 custom ambulances per year. While we handle our business like a family, we do have a lot of employees. At Osage Ambulances, we are proud to employ over 100 mid-Missourians. Our business is located in Osage County, Missouri, an area that was once home to the Osage Indians. The location is about 100 miles outside of St. Louis, to the west. One thing that we place a great priority on at Osage is maintaining an experienced work force. In order to keep people on the job for a long time, we have to make sure that we compensate them fairly and treat them with a great deal of respect. We set out to do that in order to keep people excited about coming to work each day. About one in every three workers at Osage Ambulances has been with the company for more than 15 years. That is rare to find in this day and age. However, we are proud to say that our team is dedicated to the work of building life-saving equipment every single day. As a result, values like honesty and transparency are absolutely important to us. We would rather be honest and lose a little bit of business than to be dishonest about anything.

We also work with an extremely experienced number of dealers around the country. Some of those dealers have even been with Osage for more than 20 years. It is commitment like this that makes it easy to deal with all of customers around the country. Knowing we have a strong backbone of knowledgeable and loyal dealers makes it easy to trust that our customers are getting the quality ambulances they deserve.

Client satisfaction is our number one priority at all times and we hope you give us the chance to prove it to you.